Features and benefits for managers

In modern engineering, developers spend only a part of their time coding. Every day they also have to do code reviews, resolve infrastructure problems, fix CI/CD pipelines, and respond to customer requests. Developers frequently need to check multiple systems to find out if something needs their attention. Email and chat notifications quickly become overwhelming, and developers ignore them altogether. After that, this important work gets neglected and deferred. As a result, the team members spend a long time being blocked on each other and infrastructure issues. This reduces overall team throughput and job satisfaction.

CatLight can address those problems and improve the productivity of your engineering team. It will collect all action items for the developer from multiple systems and then show them as a prioritized list. The CatLight tray icon is always visible on the screen and will remind the engineer about unhandled high-priority items. The app will also show desktop notifications when important events happen.

CatLight can automate the prioritization of day-to-day work for the team across all sources. You can configure priority rules, and say that reviewing pull requests is more important than sprint tasks and that certain CI/CD pipelines need to be stable above all to prevent team commits from getting blocked.

The app will create an individual priority list for each developer and show it on his desktop. When a higher-priority action item appears on that list, he will be notified. The CatLight tray icon will change color to keep reminding the developer about important work that needs to be handled or acknowledged. 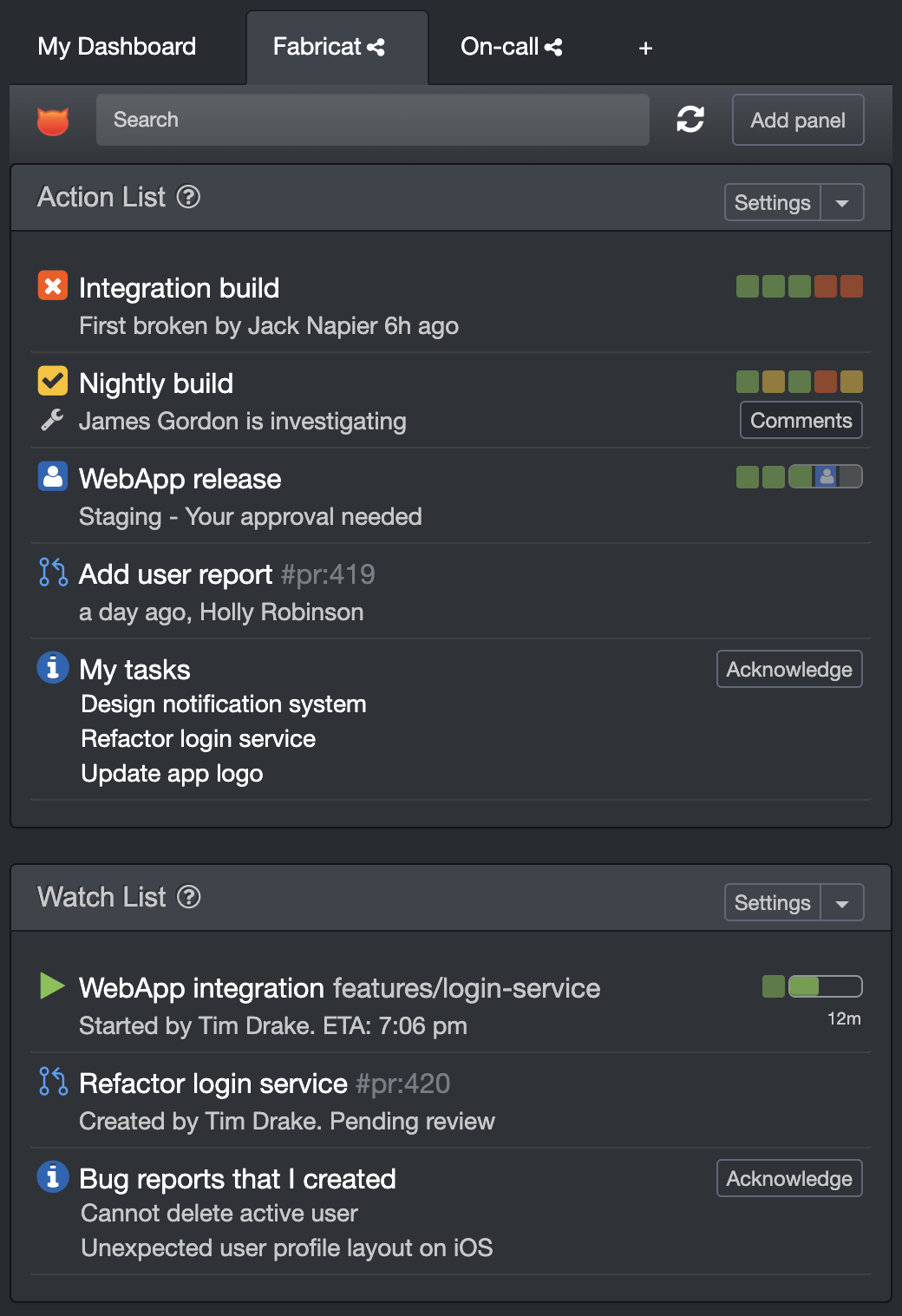 Developers frequently have many important and urgent tasks on their plates. If the team does not have clear priorities across all possible action items, they have to jump between tasks and get stressed out or escalate to the managers, distracting them from other activities. In some teams, a manager or a tech lead has to do task monitoring and ping developers when something changes and keep reminding them about important action items. As a result, the most highly-paid person on the team is using their time to do routine automatable work instead of something more valuable. You can delegate this prioritization and reminding work to the CatLight app instead, and it will do it for the whole team.

When a CI/CD pipeline breaks down, it can block all future commits and releases. As a result, the unfinished work in the team piles up, and developers get unhappy and frustrated. If the team needs to push out an urgent fix, this might no longer be possible because the pipelines don't work. This can affect customer experience and create security and availability risks for the company.

CatLight can help fix broken pipelines faster. As soon as a build or release pipeline has any issues, the app will notify the team, and keep reminding them about it until the problem is solved. If you don’t have a dedicated on-call person for these types of issues, the CatLight app will help to organize the team toward the resolution. Any engineer can volunteer to investigate the issue by clicking the "I will investigate" button in the app. All other team members will be notified, so they can focus back on other work. This prevents a situation when multiple people start working on the same issue, and the situation when everyone hopes that someone else is looking at the problem. Investigating person can also add comments in the app to share the progress with the team.

Most teams do code reviews through pull requests nowadays. In some teams, it is quite common for a pull request to sit for multiple days without being looked at. This happens because developers are not aware that they need to do a review, or have unclear priorities on when to do code reviews in relation to other tasks. As a result, features get to customers slower. Delayed reviews also affect the quality of code, as the original developer switches to other tasks while waiting for review, and loses the context of the original task. This also affects developer happiness, as instead of finishing and releasing a feature they have to sit and wait for a review.

Email and chat notifications are not particularly effective, as they are easy to miss, and most of them get outdated. Developers have to resort to frequently pinging each other, which gets them distracted and annoyed.

CatLight address those problems. It will add incoming pull requests to the individual action list of the developer and will notify him if it is a higher priority than his current activity. It will also keep gently reminding engineers about pending PRs with an icon color in the tray or menu bar.

Reduce interruptions for the team

Developers frequently get overloaded by notifications, alerts, and requests. They get a flood of notifications from CI/CD system and issue trackers, and get pinged by their teammates about code reviews and blocking tasks. This creates an unproductive environment, where constant interruptions prevent the developer from getting into deep focus and working on his task efficiently. That can lead to low team performance and high developer churn.

CatLight action center can help manage developer focus. It will keep track of all action items in a prioritized list, and only alert the developer when a higher-priority item than his current task has appeared. CatLight will also tell other team members if the developer is working on a specific issue or code review right now, reducing the number of pings and questions that the developer gets daily.